Hans Kohan was an American philosopher and historian. He presents the academic study of nationalism. He is the most influential theorist. Hans has done his doctorate from the German University of Prague in 1923. And honorary doctorates from Colby College, American International College, and the University of Denver.

He died in 1971. Among Hans Kohn’s books are seven for the Anvil Series:

1. Making of the Modern French Mind

2. Nationalism: Its Meaning and History,

4. The Habsburg Empire: 1804-1918, African Nationalism in the Twentieth Century (with Wallace Sokolsky as co-author),

7.A History of the European Century. He also has published with Van Nostrand Reflections on Modern History. And, in 1967, Prelude to Nation-States: The French and German Experience, 1789-1815.

Book “Nationalism its meaning and history” is written by “Hans Kohan”. The book is divided into two parts. in the first part author of this talk about the basic concept of nationalism, objective factors, age of nationalism, revolutions, nationalism in real politick, and how nationalism expands in the whole world.

Nationalism is a state of mind in which the supreme loyalty and deep attachment to one’s native soil, to local traditions and territory that has existed throughout history. Equally, nationalism is a socially constructed phenomenon that moving public and private life.

It has been demanded that each nationality should form a state and that the state should include the whole nationality. Now it is seen as everyone connects with a particular nationality. Also, Nationalism gives the concept of sovereignty and self-determination.

Nationality possesses certain objective factors that distinguish them from other nationalities like common descent, language, territory, political entity, customs, and traditions, or religion. But none of these factors is essential to the existence of nationality because the people of the United States do not claim common descent to form a nationality, and the people of Switzerland speak three or four languages and yet form one well-defined nationality.

Identically it means for the formation of nationalism common interest and active will of nationalism are important. It is a state of mind that inspiring the large majority of people and claiming to inspire all its members. It asserts that the nation-state is the ideal and the only legitimate form of political organization and that nationality is the source of all cultural creative energy and economic well-being.

Before the age of nationalism, we find individuals have sentiments close to nationalism but these sentiments are confined to individuals. there were no deep emotions in wars that fought before the French Revolution like in the Peloponnesian War Greeks bitterly fought Greeks, Germans fought against Germans, and Italians against Italians, without any realization of the “fratricidal”(killing one’s brother) nature of the act.

Equally, Education and learning play a role in the formation of man’s mind and character throughout most of history not determined by any national limits. People think of religion is a fountainhead of all cultural and spiritual life.

During and after the Renaissance, education change the mindset of Europeans where common traditions and common classical civilization rooted. In nineteenth-century Europe and America and twentieth-century Asia and Africa have the people identified themselves with the nation, a civilization with national civilization their life and survival with the life and survival of the nationality. From this time on nationalism has dominated the impulses and attitudes of the masses.

In spite of its modernity, like jews nationalism, some fundamental traits of nationalism are develope. Comparatively, Jews nationalism based on the concept of pure blood where there is no conversion.

They had a strong consciousness of cultural mission because their cultural continuity proved stronger than racial, political or geographical continuity and consider themselves different from others.

Equally important they reviewed three main ideas of Hebrews nationalism 1)chosen people, 2)the covenant and 3)messianic acceptance. It shows that their nationalism also religio centric because at that time they do not know that religion or nationalism are separate aspects.

The Glorious Revolution (1688–89) permanently established Parliament as the ruling power of England—and, later, the United Kingdom—representing a shift from an absolute monarchy to a constitutional monarchy that leads to the concept of the free state and free church. Moreover, the author also talks about the political theory of Jhon locke that human is free and everyone has liberty and equal rights.

In the same way, west modern nationalism came in the 18th century that protects civic rights and limits government. Its purpose to build a rational and liberal society that represents the middle class. Nationalism expands or penetrates there in the Napoleonic war. Where political and social structure was less advance.

In the chapter of nationalism and realpolitik author talks about government, diplomacy, and war instead of morality and revolution. he said in Europe nationalism not supported by an economy because capitalism and industrialization changed the social structure.

Similarly, it is the belief that one’s national identity should take place their identity, and that their nation is superior to others. That sort of nationalist competition is led to conflicts like Austria-Hungary, Russian and Ukraine, Baltic Germans and Fins and World War. I. after that, the author talks about pannatinalism. Pannationalism is a form that claims national territory which does not correspond to existing political boundaries.

In like manner, it defines the nation as a “cluster” of closely related ethnic or cultural groups. The Pan Germanism, Pan Salvism, Pan Asianism. Ernst Haase and Heinrich Clas found The Pan-German Union in 1891. It promoted their bitter fight against the racially “inferior” Slavs and Jews.

Moreover, Pan-Slavism was primarily a movement for the expansion of Great Russian power. By the incorporation of other Slav-speaking peoples, even against their will, into a greater Russia. Which in population and economic resources would afford a sufficient basis for Russian world domination. As it was called in the nineteenth century, a Russian universal monarchy.

First Pan-asianism is an ideology that promotes the unity of Asian peoples. Specifically from East, South and Southeast Asia, Several theories and movements of Pan-Asianism have been proposed. Motivating the movement has been resistance to Western imperialism and colonialism and a belief that “Asian values” should take precedence over “European values.” 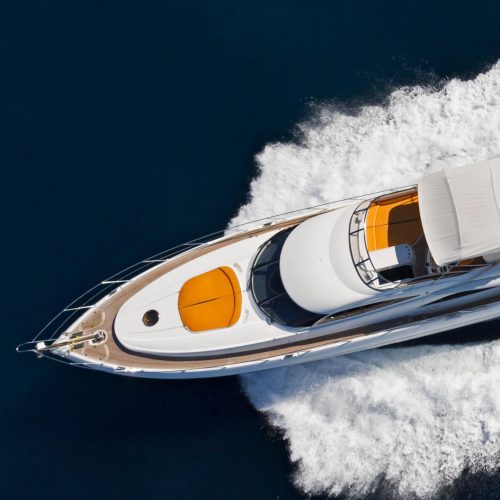